It’s no secret that I’m a long time fan of the Music Box’s annual Music Box of Horrors. The chance to see classic horror films, upcoming horror films, indie productions and more on the big screen surrounded by fellow film fans is a wonderful experience. In light of the Corona Virus it makes sense that they would have to adapt and the manner in which they chose to is gobsmackingly awesome.

This year the Music Box has teamed up with Chi-Town Movies Drive In to present 31 nights of horror programming.

The programming is broken into themed nights, Monday through Thursday you get single features, but on Fridays there will be Grindhouse Fridays which they describe as “On Fridays, we celebrate the movies your parents warned you about! Long since replaced by bland suburban multiplexes, grindhouse theaters reveled in humanity’s underbelly with twisted double features designed to turn your stomach, offend your sensibilities, and make you scream. Whether it be exploitation, splatter, perverse, transgressive, or just plain gross, Fridays are for sickos–and we can’t wait!”

Saturdays will be Rip-Off Days or in other words, “There’s only one thing better than watching a horror classic on the big screen, and that’s watching a blatant, unauthorized rip-off immediately afterwards! On Saturdays, we offer up the heavy hitters you know and love, and then give you the chance to stick around and watch some mind-melting, unhinged insanity! With everything from Anglo-Italian exorcisms to Bollywood Freddy Kreugers, we gleefully invite you to expand your mind with the rip-offs you didn’t know you needed! ”

Sunday’s will have the theme of Sequel Sundays taking a single feature look at the glorious catalog of horror sequels.

With titles including items like Alien, Texas Chainsaw Massacre 2, Bones, Dead of Night, Final Destination, Bram Stoker’s Dracula , The Host (the Korean 2006 masterpiece), and more there is something for everyone during this promotion.

You can buy tickets and find out more here! 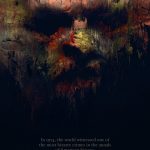 The madness (the fun kind) returns in 2021!news